It’s amazing how drones have become popular considering that they were only introduced to the consumer market in the early 2000s. And back then UAVs (Unmanned Aerial Vehicle) were expensive because of the cost of productions. As technology matured, the price of drones dropped dramatically and now anyone can have their own drone with less than £400. The software is now finally catching up to the hardware because there are free and paid Drone apps that are equally good for taking footage from Drones. These are the best free drone apps on the iOS and Android platform.

Hover is essentially like having a wise, veteran pilot with a supportive arm around your shoulder – but in app form.

The app comes with regularly updated International No-Fly zones, so you can check whether it’s legal to take-off before you do so. Hover is also geared toward safety in terms of flight conditions. Hover pulls information from the FAA, National Parks and the U.S. Military.

You can also get live weather data, including local current and forecasted weather conditions, along with drone-specific information on wind speed and wind direction.Through the app you can also connect to the latest news from the drone industry and record flight logs. Individuals and teams can seamlessly track, log, and maintain their drone fleet, helping to manage drones, equipment, and personnel.

Dan Held, co-founder at Hover, told us that “Over 70,000 recreational and commercial pilots use Hover to fly safely and legally.  We were the first app on the App Store to have no-fly zone maps, and we’re continually working on making the app even more enjoyable for our pilots.”

Most drone manufacturers have opted for proprietary software to control their respective drones, we’ll explore that today, a contrast to our Best drone apps list,...
Read more
Parrot Free Apps

For those who want to control their Parrot drone through their phone, you'll need a specialized Parrot drone app for that. It is obvious that choosing...
Read more
DJI free Apps

In this list, we have selcted the best must have apps for dji drones. There are many applications that extend the uses for your...
Read more
SaleBestseller No. 1 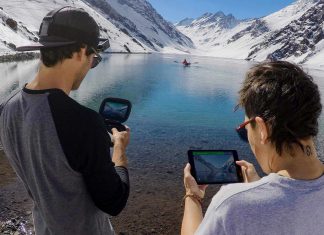 midrone - November 5, 2017 0
https://youtu.be/rjvwJN-QaQY GoPro's Karma drone may have hit a few snags (the company recalled it after the first units it sold kept falling out of the...